How to Form and Use an Advisory Board for Your Nonprofit 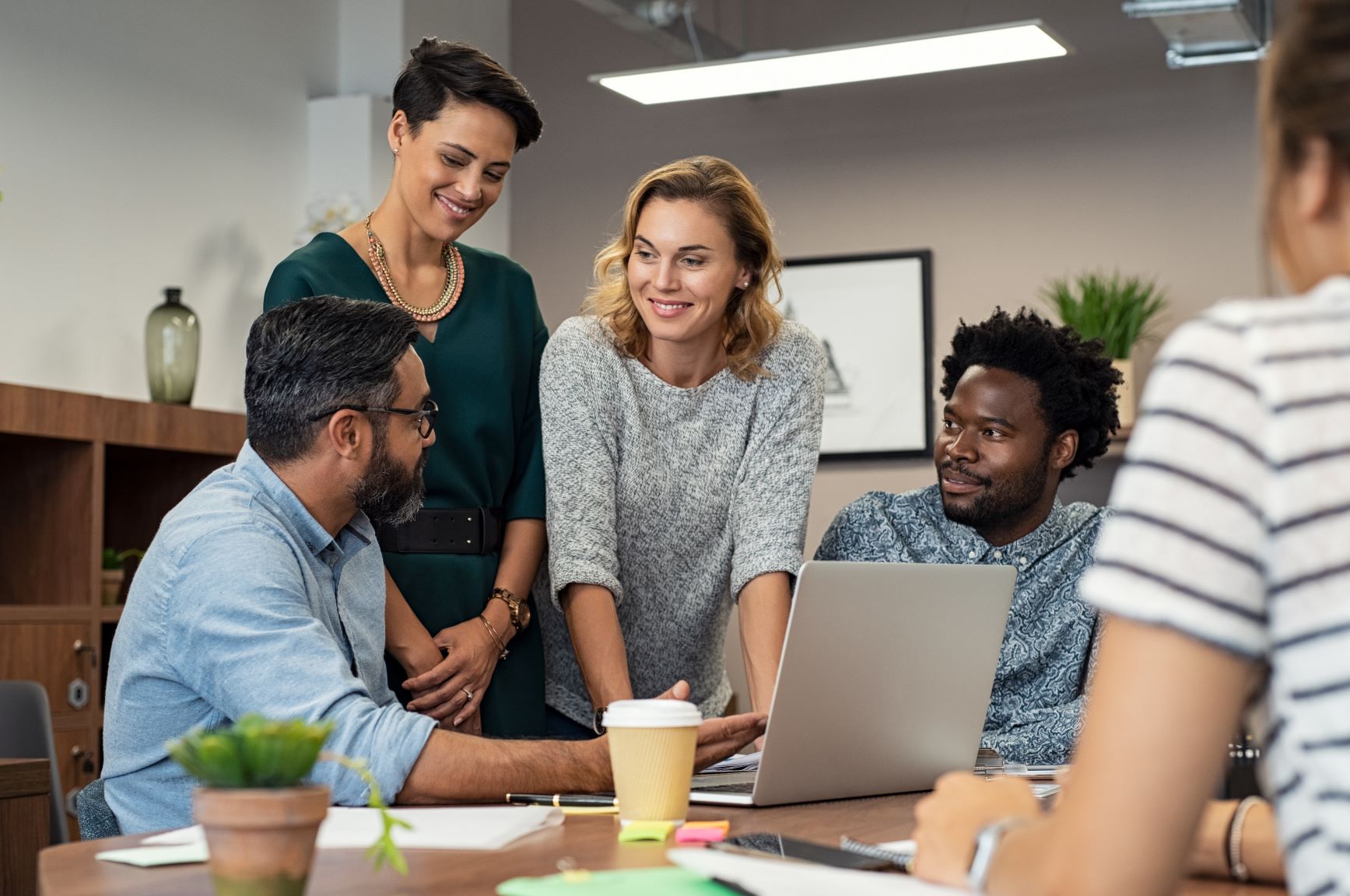 A nonprofit Advisory Board can be a great way to engage key supporters with relevant professional skills, life experiences, and networks.

But many Advisory Boards sit idle, with members not knowing their role and organizations not knowing what to do with the Board they created.

Unlike a Governing Board, often called a Board of Directors, an Advisory Board has no decision-making authority and does not issue directives or have fiduciary responsibility.

Advisory members serve mainly in an advisory capacity though there are other roles they can assume.

When starting an Advisory Board, it’s important to have a clear idea of what its role will be so everyone’s expectations are set appropriately from the beginning and no one ends up frustrated or disappointed.

The most obvious role for a nonprofit Advisory Board is to give advice to the Governing Board and staff.

Volunteers appointed to Advisory Boards can share their professional and personal expertise on everything from programming to the organization’s role in the community.

For example, if a nonprofit organization operates health clinics inside public schools, the Advisory Board might be made up of pediatricians, family physicians, and nurses, who could advise the Governing Board on how the model could best operate to meet families’ needs.

For example, an organization that supports homeless families could have an Advisory Board made up of formerly and current homeless people. They could advise the organization based on their personal experiences.

The organization used to have a firm rule about the number of months a mother could receive services. Mothers shared with the nonprofit’s leadership how stressful this rule was for them, knowing they would be kicked out after six months regardless of their circumstances.

The Governing Board took the Advisory Board’s advice to heart and created a series of achievable goals rather than a hard deadline. The organization invested more resources in helping mothers find employment and housing, and created an outreach program to check on mothers after they moved out and provide additional support if needed.

See how important that perspective was to the organization’s ability to successfully make substantial change in the lives of its program participants?

And it all happened because of the Advisory Board. 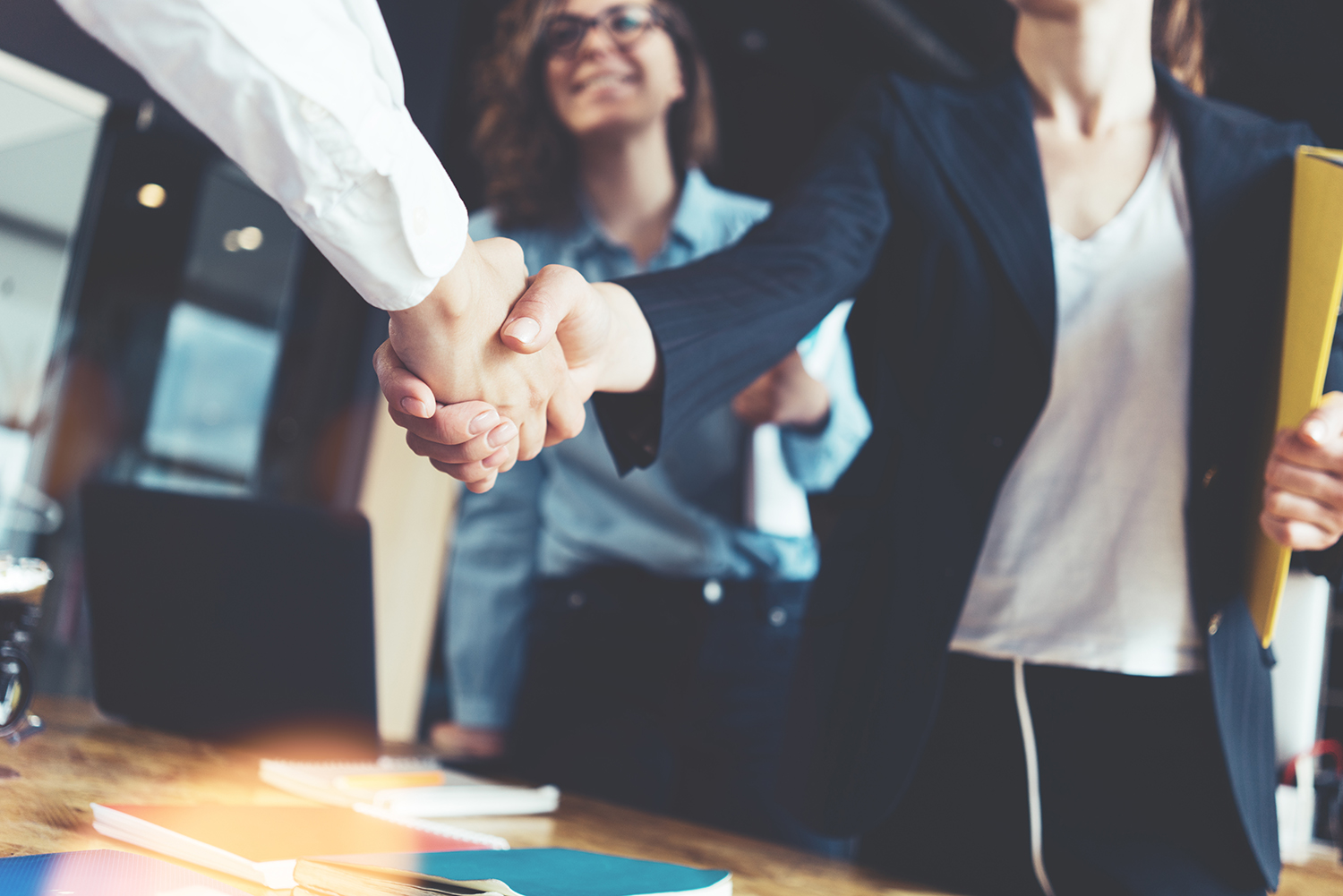 Some Advisory Boards exist to raise the organization’s profile in the community.

Volunteers appointed to be Advisory members may not have experience as a recipient or services or have professional experience relevant to the organization, but their value is in their role as community leaders.

As community leaders, they can influence how an organization is perceived in the community. By serving on the Advisory Board, they are saying, “This organization’s work is important.”

For example, an organization that sets up clinics in African and Latin American countries has a large Advisory Board made up of executives from local corporations, including several healthcare and insurance companies.

During the second meeting, members share how they are engaging in the organization’s work. Ways to engage include:

At the third meeting, the organization thanks the Advisory Board members for their involvement and celebrates the organization’s successes. The members are invited to sign on for another year or recommend someone new to take their place.

This structured approach works well for busy members who want to make an impact but don’t have a lot of time and like to be plugged in exactly where they are needed.

Finally, of course, Advisory Boards can be established with the stated purpose of raising money.

Members of nonprofit Advisory Boards can contribute to fundraising in many ways.

An organization that supports farming in African countries has an Advisory Board made up of professionals whose work involves food, including restaurant owners, chefs, farm owners, and a cookbook author. The Advisory Board puts on an annual competition among chefs to create dishes with zero food waste.

The event raises more money every year, as well as excitement around the organization’s work, which is hard to do when the work takes place on another continent.

Another way members can raise money is hosting cocktail parties or other types of gatherings in their homes. They invite friends and family members who might be interested in the organization’s work, and someone from the organization makes a brief presentation. The Advisory member then asks guests for a donation.

Another model that is becoming more common is a young professionals Advisory Board. This type of Advisory Board is often large and involves engagement in volunteer projects and fundraising, while also building in a strong networking component with brewery events, happy hours, and pub crawls. 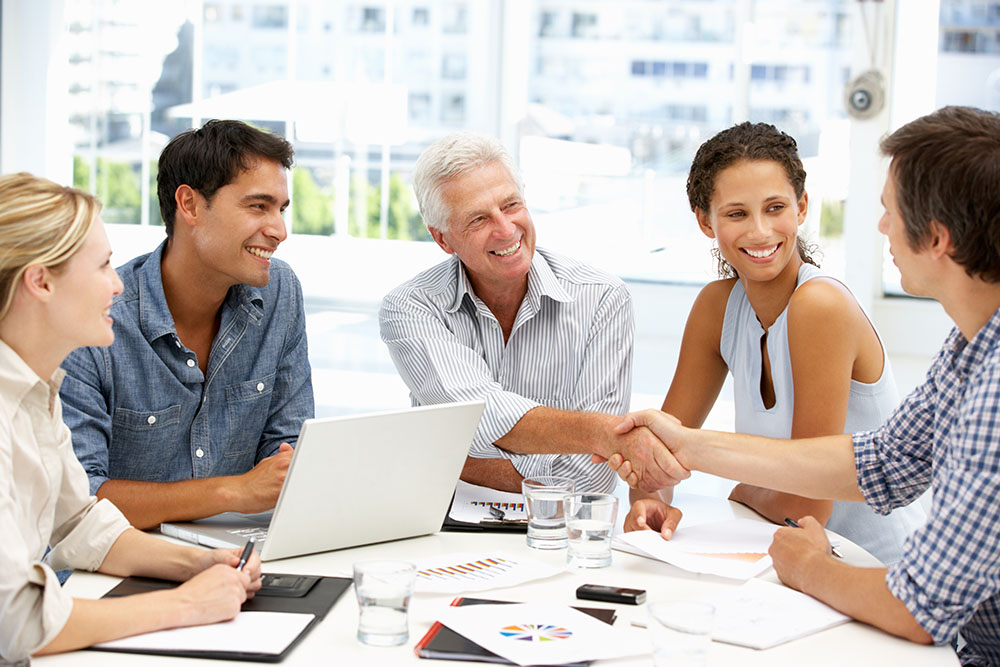 With so much potential and so many ways to set up an Advisory Board, why are they so underutilized?

The most likely reason is time.

Running a nonprofit organization involves so many tasks that suck up so much time, Executive Directors often don’t have time to provide the structure and guidance an Advisory Board requires. This leaves Advisory members feeling unsure of what they are supposed to do.

People get involved in volunteerism to feel a sense of purpose. No one likes to feel like they are not needed or valued.

Advisory Boards may also be inactive because their role was not clearly defined when it was created. Or maybe the Advisory Board was created by a previous Executive Director and not embraced or understood by subsequent leaders.

And, in some cases, the Board of Directors and staff might feel defensive if Advisory members are telling them things they do not want to hear.

When an Advisory Board is formed to fill a specific need, and volunteers are given direction and opportunity to fill that need, great things can happen. Board and staff members can learn from people with relevant skills and life experiences. Organizations can grow stronger through connections to the right partners and donors.

How to Form a Nonprofit Advisory Board

Your nonprofit Advisory Board will have a higher likelihood of success if you take the time to plan the formation and execution.

Here are the steps to launching a successful Advisory Board:

2. Accept that no Advisory Board can do everything. Trying to create multiple Advisory Boards at the same time would create too many moving parts to effectively manage. Start with the type of Advisory Board that would have the greatest impact on your organization right now. From there, you can grow.

3. Write a description of the proposed Advisory Board’s purpose. What do you want it to accomplish? How much time are you asking them to give to their work? Be specific here so you can use the details in your recruitment and orientation.

4. How big should your Advisory Board be? Think about a size that will be manageable but big enough to make a significant impact. A good number to aim for is between 12 and 20.

6. Think about someone who would make a good Advisory Board chair, someone who is already very engaged with your organization’s work and has the passion and leadership skills to inspire others. In some cases, a current member of the Governing Board leads the advisory Board which facilitates easy communication between the two groups. 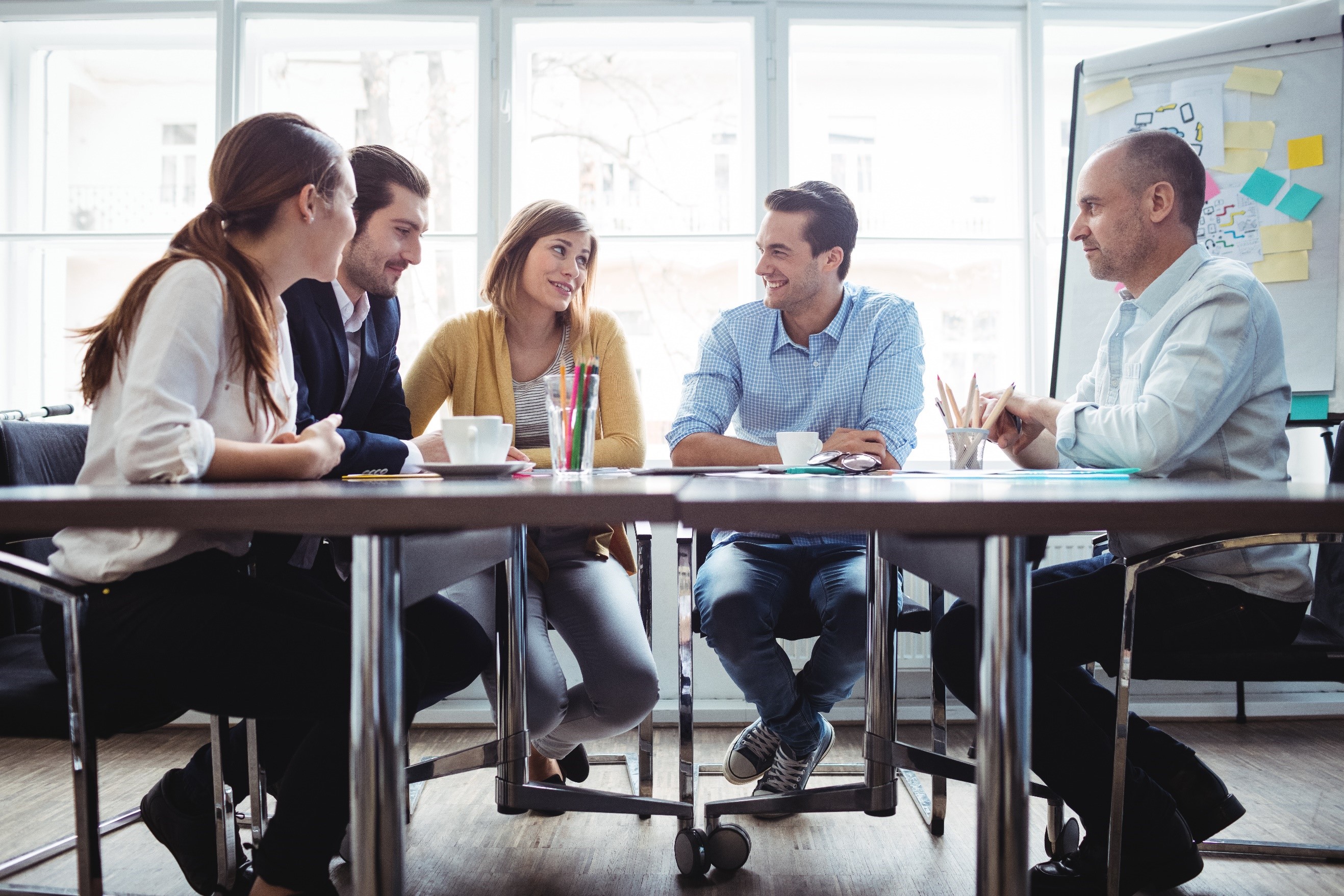 7. Write down how you envision the Advisory Board operating. How long will terms be? What will be the process for bringing in new people? Are there any conflicts of interest that would prevent people from being eligible? How often will the board meet? By detailing the activities of the group before it begins, you can be ready to get them started on the right foot once the group is formed.

9. With the input you’ve gathered, finalize the plan for the Advisory Board.

10. Invite people to serve on the Advisory Board, with Board and staff input. Start with an email requesting an in-person meeting, video call, or phone call. Let the person know you want to discuss their participation as an Advisory member. There is no need to waste their time and yours if they are not interested or able to serve.

What if you are a new organization and do not know enough people to invite? Ask Board members to suggest three or four people to invite. Then ask key supporters you are planning to invite to be on the Advisory Board to make recommendations. Your local United Way might have a list of people interested in Advisory Board service.

11. Prepare a document to share with prospective members outlining the roles and responsibilities.

13. After the meeting, send the prospective member an official invitation. If the person accepts, add them to the list. If the person declines, thank them for consideration and ask if there is another role they might want to take at the organization now or in the future.

14. As your Advisory Board takes shape, think about other people you could invite to assemble the strongest group possible to achieve the Advisory Board’s goals.

Now that you have your Board assembled, you are ready to execute!

How to Make the Most of Your Nonprofit Advisory Board 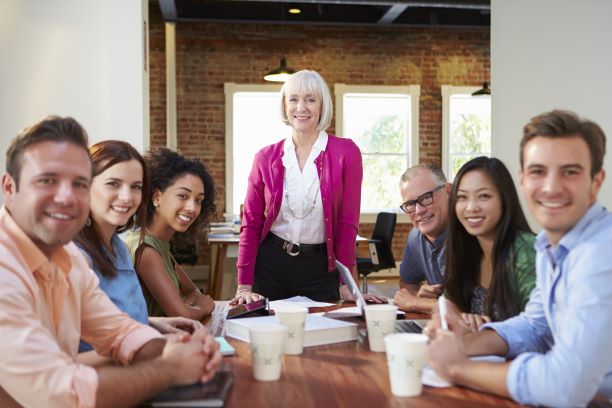 A nonprofit Advisory Board is a great opportunity to engage more people in different ways with your organization’s good work.

With an Advisory Board, you can bring professionals with particular expertise to the table, get community leaders to talk up your organization in their networks, and learn how your organization is doing from the perspective of people you are serving.

Assembling it is about being open to advice, insight, and support from different people with fresh perspectives.

Nonprofit organizations cannot reach their potential by operating in a silo. When you have an Advisory Board, you can learn more, do more, be more, and change more lives. 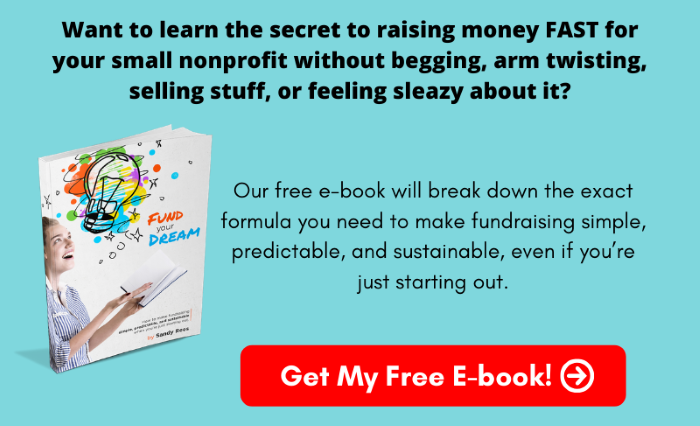