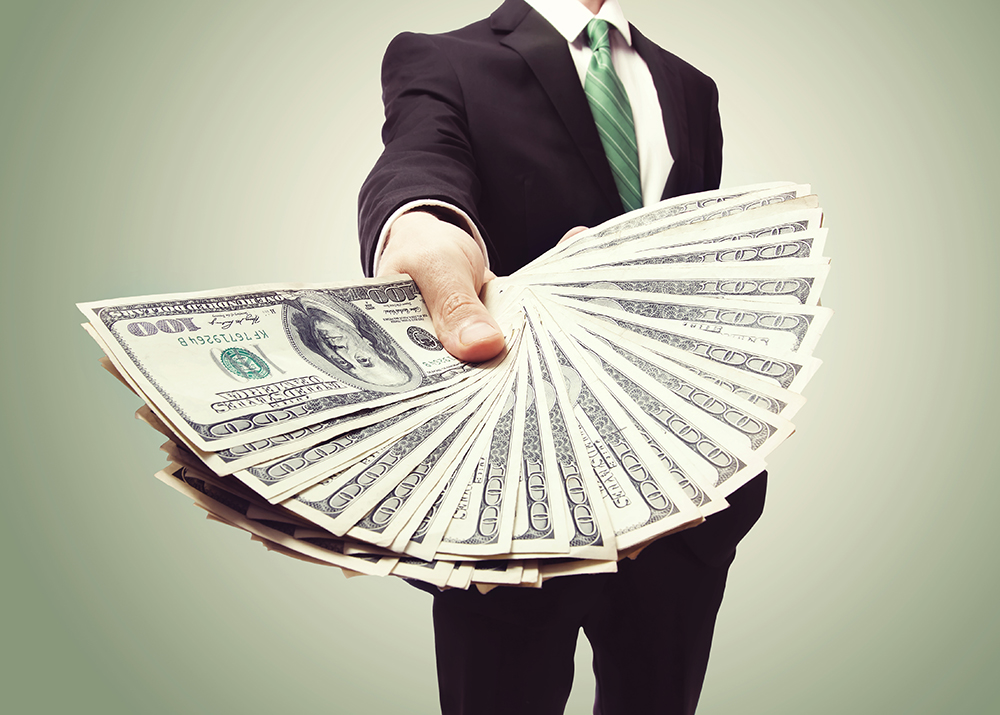 Nancy Stanley cares about helping other people, especially those who have nowhere else to turn.

In fact, she helped start Mercy Medical Clinic to provide free medical services to people in need in the Vidalia, GA area.

Even though she didn’t know a lot about running a nonprofit or fundraising, she was willing to give it a shot.

After asking people to help for a couple of years, she got a reputation for asking. “It bothered me a little” Nancy said. “I thought about it and decided to change my thinking. I realized it wasn’t about me – it was about the people we serve. Since I wanted to help more people, I was willing to keep asking.”
Nancy embarked on a fundraising campaign to support the activities of the growing clinic.

“I decided to approach 100 people and ask for $100 each. The first guy said “When is this going to stop?” The next 10 were happy to give. One even thanked me for asking.  I learned from Sandy that the first guy isn’t really our donor. Our donors are happy to support us and the work we’re doing.”

“I also learned that many people want to give. They just need to be asked.” Nancy understood an important principle of good fundraising – you can’t sit back and wait for the donor to come find you, you have to go find them.
As the organization grew, Nancy realized they needed more space. So she started looking for a new home for Mercy Clinic. She also started thinking about donors who would give to a big capital project.

On one of our coaching calls, I helped Nancy pull together a list of donor prospects who could make big gifts toward the project. We talked through the process of researching each donor, and she narrowed down the list to just one man who she felt really certain could and would make a significant donation.

“The donor I had in mind for a lead gift to our campaign had given several times before, with the largest gift being $3,000. I started telling him more about what we did. I showed him some patient videos and helped him really KNOW what we do.”

Nancy was inspired by another charity’s success in fundraising. “I saw another nonprofit in our community get a million dollar gift, and I decided I wanted that too.  I prayed about it, and this donor was on my heart and mind. I knew he was the right one to talk to.”

After some cultivation, I coached Nancy through the actual Ask conversation. We talked through several scenarios, crafting answers to a variety of questions he might ask.

“When it was time, I approached the donor and made a very personal Ask with a naming opportunity for his family. I was thrilled when he said ‘I can do that’.” Needless to say, we ALL did the Happy Dance! “What was really amazing was that on December 31st, he made a $50,000 gift that came with a note saying “this is not part of my campaign pledge. I just wanted to give you this.”

What a nice year-end gift!

“He said that he gives a lot every year to different charities, and that he never knows where his money goes. He feels good giving to us because he knows at we do with his money. I believe every donor wants to know what happened with their donation. It helps them feel connected.” Oh, and this donor has decided he’s only going to support Mercy Clinic now! That’s relationship building at its best!

Nancy and her staff have become very donor-focused and are very consciously building donor relationships. “People need to give on their terms. If they want to give monthly, let them do that. If they’d rather give quarterly, let them do that. Don’t try to put the square peg in the round hole.”

They’re also working to get their Board on Board. Fundraising training for Board members starts this week.

Advice to those embarking on major gifts

“I try to put myself in the donor’s shoes. I ask myself ‘what would keep me giving?’ Personally, I want to give where I feel like my money is being used well. So we do our best to help people feel good about their gift to us and we keep them informed about what we’re doing.”

Here are several great pieces of advice Nancy has for those thinking of making a big Ask:

What Nancy has accomplished at Mercy Clinic is remarkable. And yet, it’s the kind of thing that can be done by anyone who is committed to changing lives.

When you put your fear aside and follow the principles of donor-based fundraising, you can raise all the money you need -maybe even get a million dollar gift of your own!