How a small horse rescue added over $100,000 to their fundraising event in 3 years

You know how sometimes you look around at the work your nonprofit is doing and think “We need more money. If we had more money, we could ________.”

That kind of thinking is usually triggered by either lack or vision.

Lack looks like “we don’t have enough money and we need more to keep our doors open.”

Vision looks like “it’s time for us to grow and it’s going to take money to do it.”

A couple of years ago, Horse Haven of Tennessee needed to grow. I was a member of the Board and had just attended the annual event called “Dancing for the Horses.” It’s like “Dancing with the Stars” with the added bonus that our “celebrity” dancers compete not just on the dance floor, but also in fundraising. We crown a winning Dancer and a winning Fundraiser. 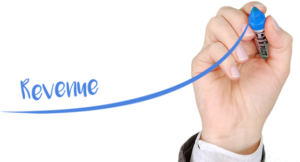 So, two years ago, I sponsored a table at the event and attended with my friends like a good Board member should. It was a nice event, but not particularly profitable. Our gross that year was $16,000 and I think we cleared about $10,000. Not bad, but not great either.

I said to our Executive Director that it was time to ramp that event up. Having done events for many years, I could see places where it could easily improve. I told her we needed to start by putting a committee in place.

She said “Great. You’re in charge.”

Should have seen that one coming. 😉

So, I agreed to chair the committee, and I started recruiting members.

About that same time, we brought 4 hot, new members onto our Board. Two of them jumped onto the committee with me, and we added a couple more people from our volunteer pool. It wasn’t a big committee, but we were excited.

We started by reworking the sponsorship levels. Then we recruited great dancers who would also fundraise. We got sponsors. We beefed up the silent auction. We added opportunities for people to give to their favorite dancer at the event. When the dust settled at the end of the evening, we had raised $55,000!

As you can imagine, there was a lot of whooping and hollering from the committee that night!

Hold on to your seats folks, ‘cause that’s not all!

Our committee is a bit competitive (probably an understatement), and the next year, we decided to play even bigger. A few new folks joined the committee, and we went after it again – dancers, sponsors, silent auction, etc.

We booked a swanky new venue. We specifically recruited dancers who could raise big bucks, not just anyone who would say “yes” to us. We got silent auction items we were sure our attendees wanted. And we recruited an army of volunteers to help pull the whole thing off.

The night of the event was fantastic. Before the event even started, we had raised more than the previous year, and when the smoke cleared at the end of the night, our grand total was $93,000 and change.

Let me tell you, it was a LOT of fun to be part of!

I’ve had a great time sharing that story with my clients and students. And here’s what everyone wants to know:

I’ve thought a lot about what we did to generate that kind of increase.

Here are what I believe are the 5 keys to our success:

1. We created a committee.

Don’t roll your eyes at this one. We put a committee in place and it made a world of difference. 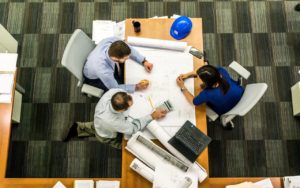 Now, I know that may sound scary, but here’s why it worked: The two committee leaders were Board members and had experience planning and running events. In other words, we knew what we were doing and there was trust between the committee leaders and the staff. Trust is critical for committee success.

We kept the communication lines open among committee members, with the staff, and with the Board, so that everyone knew what was happening with the event.

We set a clear goal for the revenue we wanted from the event, and we went after it. We broke that overall goal down into smaller goals for sponsorship, ticket sales, silent auction, dancer fundraising, and general donations. We knew exactly how much money each piece of the puzzle should bring in.

Creating a committee that works is an art form. You can put a bunch of people together and call them a committee, but if they don’t actually get something done, it doesn’t count. A functioning, wildly successful committee has a specific purpose, members know how they’ll measure success, and they’re exciting to be a part.

Connectors are people who have connections and are willing to bring them to the table. Several of us on the committee that first year had a couple of connections to bring in, and then there was Jacqui. She knew LOTS of people and got lots of them involved in the event. She brought in sponsors, she recruited dancers, she sold tables – she was like the Energizer Bunny when it came to raising money for the event!

We are lucky to have Jacqui. And I guarantee you there’s one in your community ready to help you. In fact, they’re probably already giving or volunteering to your organization – you just have to recognize them. He or she is not going to call you one day and say “Hey, I’m ready to leverage my contacts for you.” You need to identify that Connector among your supporters, then give him/her a reason to get involved.

And once they’re involved, keep it fun and make sure they’re supported. That can be as simple as making sure they have someone to talk with, plan with, laugh with, and vent to. And a little glass of wine every now and again doesn’t hurt either. 😉

We knew that the more fun people had at our event, the more they would talk about it in the community, and the easier it would be the next year. So, we paid attention to every little detail that we could to make it as fun as possible.

For example, instead of having an intermission where people just wandered around, we invited everyone to the dance floor for line dancing. Yes we did the Cupid Shuffle and the Electric Slide, and it was a HOOT! It revved up the energy in the room and got everyone smiling, which is a good thing if you’re raising money.

We also brought our nonprofit’s little mascot, Twinkie, in for the photo booth. Everyone loved getting their picture made with him and he was adorable in his top hat! 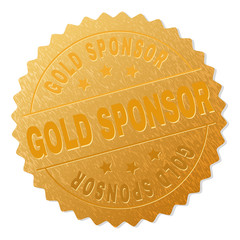 Interestingly, in both of the years of crazy success, we didn’t have a $10,000 or a $5,000 sponsor. But we had 8 sponsors at the $2,500 level and lots at the $1,000 level. That proved to me that you don’t have to have people giving giant checks to your event to raise record-breaking money.

At the event, we made sure our sponsors had the best seats. We pointed them out to our Board members and asked each one to personally thank each sponsor during the evening (which was a win-win because it got the Board involved!). We had a special reception just for sponsors before the event started to give them a chance to have a first look at the silent auction and to mingle a bit.

We know that there are a couple of those $2,500 sponsors that might be willing to upgrade next year if we cultivate them correctly.

5. We believed we could do it. 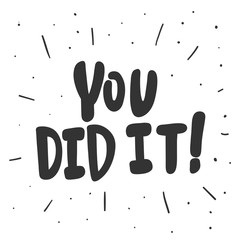 Mindset is so important to fundraising. If you think you can be successful, you will. If you don’t, you won’t.

It never occurred to any of us that we couldn’t do better than $16,000. We just didn’t know HOW much more we could do. And it didn’t matter.  We knew that every dollar we raised would help take care of abused and neglected horses in the coming year, and we stayed focused on that.

We’re taking the summer off, but will start meeting again in September to plan the event for next year. Who knows what we’ll set as a goal!